In 2019, a Washington Post-Kaiser Family Foundation poll found that 76% of respondents would describe climate change as a crisis or a major problem. Despite that large number, 62% said tackling climate change would require little or no sacrifice on their part.

Someone else should pay … companies that burn fossil fuels and the wealthy. Those with the least incentive and the most to lose should take the lead, Americans have decided.

It didn’t happen in 1979 when ExxonMobil, business and military leaders, and Present Carter decisively understood the dangers of climate change. For a moment, our nation could have staved off catastrophe. Then the moment was gone with the election of Reagan. Not surprisingly, it hasn’t happened since. “Climate change” was downgraded to “global warming,” and those “leaders” went about the business of accumulating wealth.

But bubbling up in our societal subconscious has been a growing awareness of calamity ahead. The zeitgeist of our time, expressed through novels and film, has been fixed upon an increasingly grim future: “Mad Max” to “Hunger Games,” “Virus” to “Melancholia.” 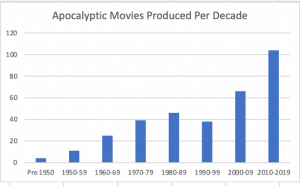 Filmmakers have fed our collective imagination a steady diet of violence and tribalism, a future to fear and possibly, temporarily, bare survival. Is it any surprise, then, to find so many people so disengaged from a crisis that literally threatens their lives?

Rob Hopkins, the founder of the global Transition movement, was recently interviewed about his most recent book “What Is to What If,” about the power of imagination. He said: “I kept reading books by people like Bill McKibben, Naomi Klein and George Monbiot saying climate change is a failure of the imagination. I was really intrigued by that, but they just moved on and started talking about something else. I felt there was something important there.

“Climate change is the gruesome conclusion of when Margaret Thatcher said there was no alternative. We’re stuck in this position of not being able to imagine anything other than where things are going at the moment, and that’s driving us off a cliff… We need to be able to imagine another world before we can build it.” 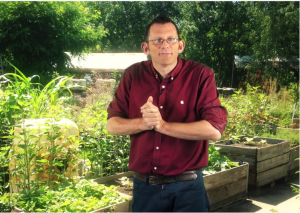 In truth, we have to create such a strong, clear, felt vision of that future that it pulls us insistently, incessantly toward it.

Hopkins has provided us with a glimpse of what his community would look like after it reached net-zero carbon. In this video, “A Walk Through a Day in 2030” he shows us the sounds, the smells, the look and feel of a future that most people would find both livable and attractive.

The essential task, then, for artists, writers, thinkers and preachers, painters and parents, is nothing less than to help us envision our way back to life. To give us back the vision of a positive, yet realistic future.

Telling a New Story to Create a New FutureBlog