“You’re on Your Own”

I have been part of a story gathering project for the past six months with Transition US, a national (and global) resilience-building movement. I’ve been interviewing people across the nation to learn about they had taken action to make their communities more caring, connected, sustainable, and resilient.

In January I interviewed Judith Alexander and Deborah Stinson of Port Townsend, Washington. In 2005, they were volunteers who went to Bay St Louis, Mississippi, to help that community of 10,000 with cleanup after Hurricane Katrina. As federal dollars poured into New Orleans, this little community struggled without help and without funds.

When the volunteers returned to Port Townsend, they realized that their own coastal community would be just as vulnerable to a natural disaster. (In Port Townsend’s case, it would be an earthquake). What could they do now to be ready then? Judy and Deborah met with the recently formed Local 20/20 sustainability group and asked if they would take on a preparedness project. 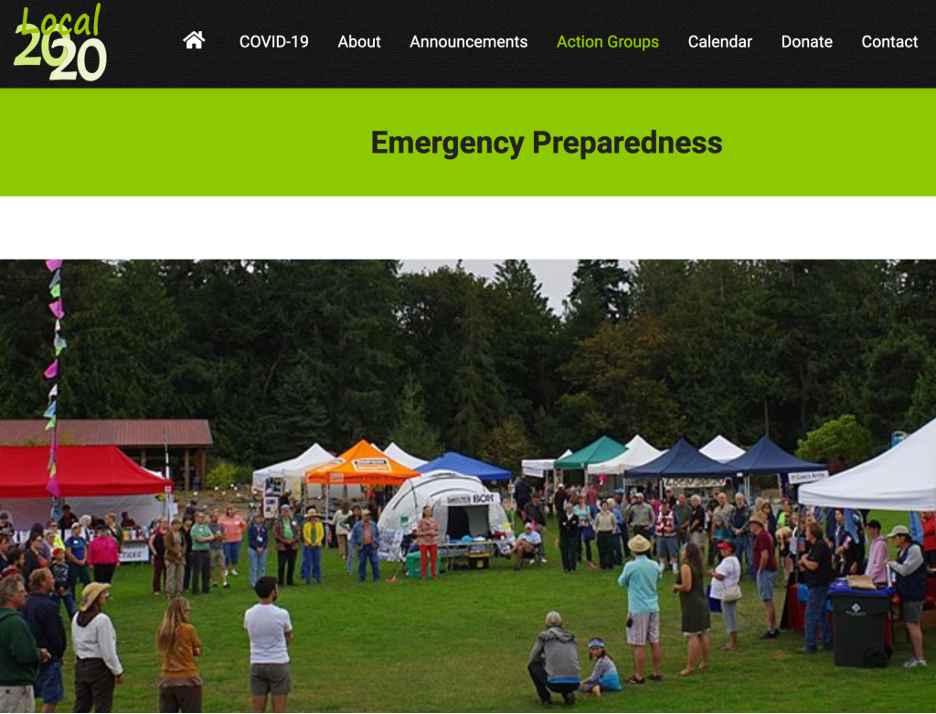 Local 20/20 hosted meetings with community members and agency representatives from their county emergency response network and all of the agency presenters told the community the same thing: “You’re on your own.”

As Judy told it: “Basically, they told residents: ‘If we have an earthquake, you may not see us for two weeks. We’ll be taking care of our families and the big picture issues like clearing roads. You have to take responsibility for yourselves and your immediate neighbors.'”

Many – probably most – Americans think that the work of crisis response is the government’s job, not theirs. But the volunteers returning from Mississippi knew that government assistance was not going to be first and it wasn’t going to be enough. “You’re on your own,” is true but it’s not the full story.

The residents developed a vision for how their community could work together to care for everyone in a time of crisis. They create a neighborhood–based preparedness program that became a model for communities across their state. Who knows when the big event will come and they will need to put their plans into action. They’ve succeeded in engaging engaged hundreds, if not thousands of people in individual and block-level preparedness.

They were able to do this because they know the real story is, “You’re on your own, but you’re not alone.” (When it’s published, you can read their full story at Transition Stories to Action).

Saying No to Disinvestment 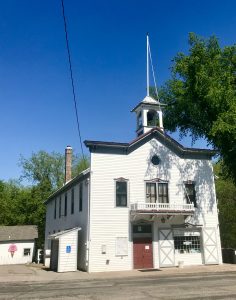 Two years ago I moved to a tiny village in a rural area outside the big cities. My husband and I telecommute for work so we weren’t concerned about living an hour and a half away. As city people, we hadn’t lived the urban-rural divide, but we would soon see how government disinvestment impacts a town.

There’s not a lot of public investment in the town so these versions of “You’re on your own,” really hurt. Knowing that these closures lay ahead, the residents responded by saying, “No.”

Someone donated money to keep the library in the Town Hall. It now purchases its own books and connects to the bigger county system as a drop-off site. Dozens of volunteers run its programs: children’s summer reading programs, educational speakers, and book groups. The library is a vital community connector.

And the school? Well, unfortunately, an empty building still sits in the middle of town. But quick-thinking parents went to work before it closed to create their own charter school located in a nearby day camp in the woods. The community of parents, students, and teachers continues to thrive.

There are tough decisions ahead for our tiny town now saddled with an expensive empty building, but we’ve seen what can happen when the community steps in to take ownership. We’re going to put our trust in that, and help our community in any way we can to vision its way into a new future.

Where Do We Find Security?

Last year we heard stories that South Minneapolis was “on its own” after the police withdrew from the area following the police killing of George Floyd. This is the community we lived in and loved for almost 30 years. We were glued to the computer watching videos of the destruction and the looting of so many of the places we’d known.

These were the official stories. The “You’re on your own” stories often blamed the people who live there for the destruction, and even for the problem of police violence. Almost every news story failed to mention all the ways the people themselves and the city council had tried for decades to address problems with the police.

We heard that the area was being overrun by out-of-state cars and black SUVs without license plates speeding through the streets. Friends reported men sleeping in parked cars outside their homes. Former neighbors told us they found cans of gasoline and bricks hidden in their yards or along the alley. One evening a friend was threatened by men who got out of their SUV with gasoline cans in hand.

In many ways, the people of South Minneapolis were “on their own,” but they told us of all the ways they were not alone.

In the thick of the rioting, local people provided medical support and food aid. As the occupation continued, neighbors organized night watch shifts on their block. They searched for and confiscated hidden materials. They stood guard outside of the remaining neighborhood grocery store, and other small businesses. They formed phone trees and reported the movement of unlicensed vehicles to the FBI.

Understanding the Next Story

It’s true. We’re on our own before emergency services arrive, when the local, state and federal government pull out, after the police withdraw.

But the “we” that’s on our own? We are hundreds and thousands and millions of people. We are builders and doctors. We are electricians and cleaners. We are gardeners and nurses. We have cars and canned goods, extra wood, and extra tools. We have good hearts and good minds.

What we don’t always have is a plan.

With a looming climate crisis, will we have enough emergency responders to fight multi-state forest fires, flash floods, and hurricanes? When these multiple crises bankrupt our local, state, and federal government, how will we continue to operate? If the police and military step in, will that be the right response?

The new story needs to be: “We’re not on our own. We’ve got each other.”